Majority of last week was spent on cleaning up the decoder for review. The numerous commits were merged to form 3 commits here. The focus has been on H.264 decoder to be working without EGLImage which will be added later in a single commit once both H.264 decoder and encoder are finalised. I’ll talk about the developments in brief below.

One of the big problems from the last time was to write to the EGLImage. Although everything looked fine the output was still blank. As I said in the last post, the reason was that the code responsible for decoding was never being executed.

The reason was that nFilledLen remains always 0 for EGLImage so the decoder failed to free the output buffer which ultimately lead to crash.

After this fix the decoder was ultimately able to show the output but there arose a new problem: the output colours were wrong. The issue is being tracked in this thread. The output was almost black and white with no colours. For this we asked Christian (author of the bellagio based state tracker) about support. The fix we tried was using “vl_compositor_set_buffer_layer” instead of looping over the layers. The commit with complete changes is available here.

After applying these changes the output changed, but not as expected. The output still has wrong colours but not same as before as shown below 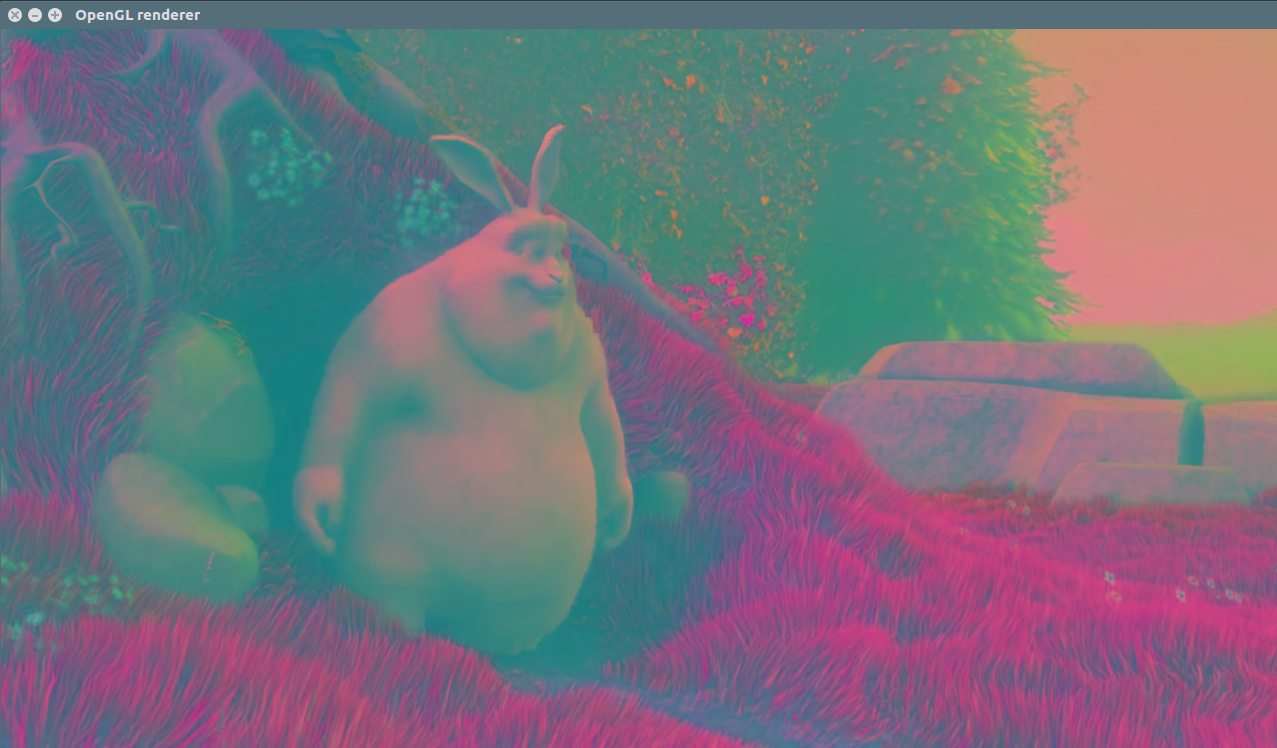 Even though the output is still not perfect Julien suggested that it would be good to have some data about comparison about CPU usage when using EGLImage and when not using it.

I took the min, max and average of the CPU usage data I got. Following are the tabulated results:

Let’s visualise the average CPU usage as it is more significant:

Average CPU usage when using EGLImage vs when not

As can be seen using EGLImage is much more efficient compared to when not using. The CPU usage also increases dramatically when in non EGLImage mode with increasing video quality. For the other case it’s only about 1% increase when rendering a 4k movie compared to a 720p movie. Also the peak usage is 6.7% for when using EGLImage whereas it is as high as 91.3 for the other case.

Other than the work involving EGLImage we spent some significant amount of time on cleaning up the commits for final review. The focus as of now is the decoder. After that comes the encoder and finally the changes involving EGLImage support. The current progress can be checked on the gsoc branch.

Following individual changes were made:

Including some other minor changes.

The top priority issue at the moment is the seeking failure in H.264 decoder. Other than that there are a bit of artefacts at the start of video and the decoder fails to play with gst-play which also need attention. Ultimately the goal is to get the decoder reviewed.

Other than that a new bug popped in the H.264 encoder with the introduction of the change involving FreeBuffer which also needs to be fixed soon.